All About Ontario Trout Fishing

Trout Fishing In Ontario can be fantastic because Southern Ontario is home to hundreds of rivers that have trout in them. Many rivers will have resident brown trout and brook trout and a few will have resident rainbow trout. The sections of these rivers that are the closest to the great lakes will also have migratory rainbow trout known as steelhead as well as migratory brown trout and salmon.

Resident trout and migratory trout can sometimes be confused for the same fish but they aren’t. They are close but with one major difference.

Resident Trout – A resident trout can easily be described as a trout that is born in the river and lives it’s entire life within that river system and never leaves or migrates out of that river system. Most brook trout and brown trout and some rainbow trout fall into this category in Southern Ontario. There is the exception of some small lakes and ponds that have resident trout that don’t ever see a river or stream and in many cases these fish have been stocked.

Although this section is about resident trout some anglers may not understand what a migratory trout means so this is a short explanation to help those new to Ontario fishing understand the difference.

A migratory rainbow trout also know as a steelhead and both steelhead and migratory brown trout are trout that are born in the river and live in the river for the first 1 to 3 years of their lives and then they migrate or leave the river they were born in to go to an ocean or in our case one of the great lakes, and then they return again to the river as mature adult fish to reproduce. Out in the lake there is an abundance of bait fish to feed on so they grow bigger and faster than a resident trout would.

For more information on migratory trout go to the Ontario Steelhead section.

Save up to 50% in Bass Pro Shops Outdoor Authority Sale! Brook trout are commonly found in good numbers in the upper reaches of most rivers and in the smaller creeks where the water stays cold and clean year round.

Brook trout will remain in the river throughout their entire lifespan in southern Ontario Rivers. Almost anywhere you can find very cold clean flowing water you should be able to find a brook trout or two.

Because these fish reside in the smaller sections of most rivers and often feed on mostly insects there average catch size is about 4 to 7 inches. Even though a brook trout over 18 inches is possible it’s rare for anglers to get brook trout over 14 inches, at least not with any frequency on Ontario public waters.

Brown Trout – Brown trout are not native and as I understand it have been imported from Europe or Germany. They are the largest of the resident trout reaching sizes of over 30 inches and averaging 8 to 12 inches. Some rivers have small populations of brown trout while other rivers have large populations thanks in part to private property and also special regulations sections where catch and release is mandatory. Catch and release is extremely important if anglers want to see more big brown trout like the one in the picture.

Brown trout are often wary and harder to catch but because of their size they are a favorite for many river anglers.

There are many good rivers and opportunities for anglers to catch these great trout in Ontario and close to Toronto.

I believe over 90% of the brown trout are in southern Ontario. Go to the Brown Trout page for more information.

Most rainbow trout that I know of in most rivers are actually steelhead and at some point will migrate. These steelhead rainbows are often in correctly identified by anglers because it’s almost impossible to tell the difference sometimes. There are a few exceptions where resident rainbows do exist thanks to stocking or rainbow trout hat have escaped peoples ponds and have got into the rivers. Some of the rivers and methods of fishing for these hard fighting fish can be found on our Rainbow Trout page.

Best Methods and Baits for Trout

If you want more detailed information and want to know what the best methods and baits to catch each different species with, then you should check out our menu page. You can find a full listing of over 30 different pages and different topics on our MENU

Also, if you’re not sure what you need, check out our Best Products page to see what the guides use and recommend. 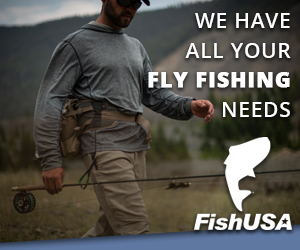